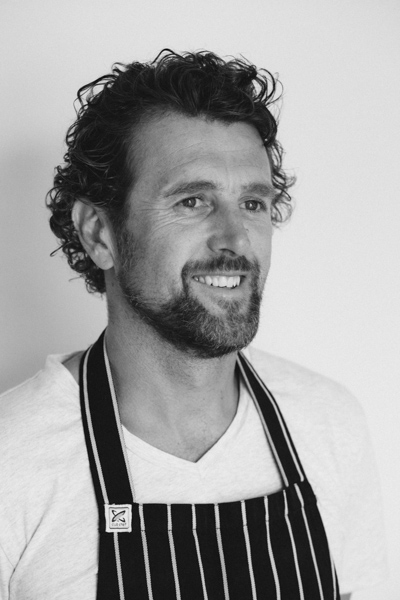 After 20 years of travelling and working in some of the world’s best restaurants, Personal Chef Christian Hartley has now settled in Sydney.

In 2004 Christian and his wife moved to London, where Christian reconnected with his New Zealand roots working at The Sugar Club. With a strong foundation in Italian methods from Donovan’s and The Stokehouse and modern fusion style from The Sugar Club, Christian wanted to broaden his repertoire to include Japanese fusion. This led him to the globally acclaimed Nobu in London’s Mayfair.

From Nobu Christian moved on to lead the kitchen at Mews of Mayfair, establishing a highly successful dining establishment in the heart of London’s Mayfair.

Returning to Australia to raise his young family Christian has found a renewed passion for using fresh, quality Australian produce, to create clean global flavours. We are pleased to have him as a Personal Chef in Sydney. 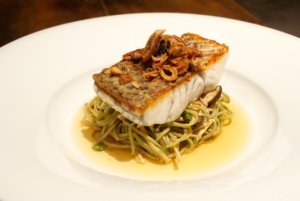 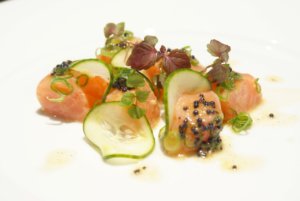 Chef Chrisitan was very professional yet very warm and friendly to all my guests. He efficiently served 36 people from our small kitchen in an open plan environment. The level of detail on the presentation was beautiful and the food was cooked perfectly. Timing was spot on and everything was delivered hot and spaced correctly. Our kitchen was left spotlessly clean but I did not even hear them do it. In an open environment I worried about the noise but we didn’t even know they were there. Loved the night and as it was my birthday will always remember it fondly. Thank you Christian and the team for a wonderful night.

Christian was amazing. The food tasted incredible, he was even able to provide a second choice for entrees, to cater for those who didn’t eat fish. The whole night ran smoothly. Christian’s food preparation and supply of ingredients meant that everything was ready on time and the plating and taste was better than restaurant quality. Christian explained each dish as they were served by Yalda, our fantastic wait staff for the night. The kitchen was left spotless. All that was was left for us to do was to continue to enjoy the night after they left. My Dad Was overwhelmed by such a lovely surprise for his 80th birthday. A great time had by all. Thank you!

All our guests have raved about the high quality food and the excellent way it was presented. Chef Christian did a wonderful job. He arrives with the food already prepared and then finishes off the cooking and presents it all in our own kitchen. This is an outstanding service that is simple to organise. We simply worked with Ellie from At Your Table to establish the style of our function, how many people and how much food would be required. Then we select from Chef Christian’s menu and everything is done behind the scenes. Low fuss extraordinarily high quality. Thank you

all our guests had a great night.

What an amazing night! Enormous thanks to Christian! Not only was his food completely delicious, but he was totally relaxed and made the whole experience incredibly easy. Everyone raved about the night – it was a first for all of our guests. One of them even said, “I forgot I was at your house.”

Christian and the waiter Adam were very courteous and professional. They were attentive and at the same time unobtrusive. Fantastic.

Christian was delightful. He arrived on time, was polite, friendly, relaxed and organised. The food was really terrific and served beautifully. My kitchen was spotless when he left without any fuss. I would have Christian back any time.

We had a surprise dinner party for a friends 40th. It took a while to settle on the menu as we had a group of varied and fussy eaters. Christian was extremely patient and accomodating and created an amazing menu which more than satisfied everybody. The food was absolutely superb, 5 star quality without a doubt. The service was impeccable and everybody had a really great time. Our bellies were very full after our amazing bespoke Salted Caramel Cheesecake which Christian made for us as it was the birthday boy’s favourite desert. It was so good we’ve decided to make this a regular thing with our group. Thanks for making our evening so special.

AYT didn’t contact me for final numbers – I chased you up which added unnecessary stress before the event. The food was outstanding but there needed to be more and more evenly distributed. I had to speak to the waiters to serve those people furtherest away from the entrance to the marquee as they missed out on many of the courses.

The chef and staff came highly prepared. He left the run of the night up to me, but was on the ball and ready when he noticed we were finished. The food was delicious and was very please with the changes for dietary requirements. Nothing seemed too difficult.

Absolutely brilliant. Christian was fantastic and the food was awesome. We will definitely be using At Your Table again!

No business cards left but it was a work function and I have passed on your details to all staff.

Christian was amazing. The food was excellent and all the guests are still raving about it. I really highly recommend Christian.

Christian was friendly, unintrusive and willing to follow my lead when it came to setting the pace and tone for the evening. We were really happy with the night.

Everything about the experience was fantastic. For my 40th birthday I had chosen specific champagnes to serve throughout the dinner rather than wines and the team at At Your Table and Chef (Christian Hartley) were great in matching dishes to suit.
Six different dishes for 7 different champagnes over 3 courses. And the food… It was one of the best meals I’ve ever had, each dish perfect with the champagne served. Christian introduced each dish which was a very personal touch. The whole evening was wonderful, and something we will definitely do again. We’ve had so many praises for Christian’s cooking and the unobtrusive service on the evening. So much more than what I ever expected. Just perfect!

Christian arrived at the time selected, he was friendly, but not obtrusive during the evening, he spent time talking with us while he was cooking and after the meal, explaining different aspects, he also informed us at the presentation of each meal as to what we were eating and the ingredients. The food was excellent, service was great and Christian was a joy to have in our house, he left the kitchen spotless, which was a great plus. All 4 of us enjoyed the experience so much, and I have been sprouting the idea to all my friends and colleagues – think this is such a great concept especially for a gift for a special occasion, where you do not want to buy “some thing”.

It was excellent – Could not have been happier with the service and the food. All the guests were very impressed. 10/10 all round.

Looking forward to using At Your Table again in the near future.