Romain Sylvestre was born in a tiny village near the Champagne region of France. He grew up eating mostly local and fresh produce from nearby farms and the family garden. Foraging mushroom, fishing and food preserving were a way of life.

He studied at a famous culinary school for 5 years, while also travelling around France, and obtained his diplomas with merit.

In 2009, having just graduated with a well-balanced food and nutrition degree, he set off for a trip around the world; first to Ireland, Canada and then Australia. Romain and his wife fell in love with Perth, not least of all because of the quality and diversity of its local produce and its warm, familiar atmosphere.

Seven years later, after working in several of Perth’s iconic restaurants, Romain now brings his experience and expertise in French cooking, combined with beautiful, fresh Western Australian sourced ingredients, into people’s homes. Romain specialises in French cooking but can design a menu to fit your dietary requirements and preferences. 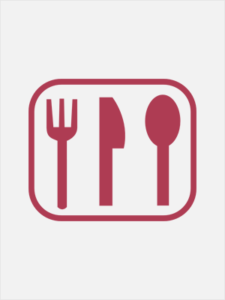 Romaine and his assistant Anna made a perfect team.
Romaine arrived very well organised and prepared and started presenting the 1st course at the appointed time. The canapés were specially made by Romaine and very delicious. The other courses were equally delicious and appreciated by our guests. Romaine in his soft manner introduced each course. My kitchen was left immaculate. I cant praise Romaine and Anna enough for making my dinner party so wonderful and so appreciated by guests

Food was delicious. We had a pleasant and enjoyable evening.

The chef was amazing. Very organized. Polite and professional. The food and wine was amazing. The waitress just wasn’t the greatest and didnt need to be there. She had not helped much.