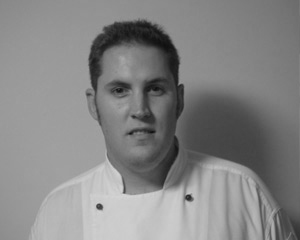 From a young age, Shane knew he was going to be a Chef.

Shane’s career started in the small, far north Queensland town of Weipa. Taking quickly to the kitchen environment, Shane travelled to Cairns where he continued his apprenticeship at a local seafood restaurant. Inspired by new techniques and regional produce, Shane continued to travel Australia to enhance his culinary knowledge. Qualifying in Sydney at Industrie, a southern French fine dining establishment, Shane embraced new ingredients, fresh produce and unique flavour combinations, and his passion was born.

At the age of 23, Shane became the youngest Sous Chef at the iconic 5 star Sails in the Desert Hotel in Voyages Ayers Rock Resort. This opportunity came with its challenges, like understanding mass production over multiple outlets with a team of 170 Chefs from all over the world.

Shane and his team are fun, interactive, inspiring and motivating and certainly know how to bring the experience to the table! 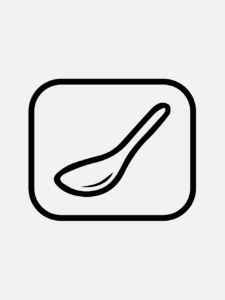 Shane was friendly, polite, informative but unobtrusive throughout our dinner. He was efficient and timely and we all really enjoyed the experience.

Shane cooked a delightful meal for ten of us for my mother’s 70th birthday. Anna was a wonderful waitress and it was such a relief to have a spotless kitchen at the end! Shane and Anna let my young niece and nephew help out preparing the meal, which they loved. Shane helped my niece and nephew make their own dessert which ended up including salad greens on top 😂. The adults had our dessert without the greens!

Brilliant chef and a lovely down to earth nature about him which helped to create a relaxed and friendly atmosphere. Thank you!

We were in Hobart for the weekend visiting Mona and organised a dinner with At Your Table while we were there. it was the most amazing dinner, served, cooked and explained beautifully by the Chef Shane and his assistant. He used all local produce, even explaining what farms the products came from. From the moment they arrived we didn’t lift a finger, they set the table, and provided such a beautiful meal and they were a joy to have around. Plus everything was cleaned up at the end – a truly amazing night.

Thankyou and we will be doing this again! just coming up with the next location!

Dinner was fab! I was very impressed and would never have guessed it was Chef Shane’s first time!
Both he and the waitress were very friendly and professional the whole time, even whipping out a GF dessert when I had overlooked requesting it (oops, we had birthday cake for dessert which was not GF) AND providing my husband with same GF dessert on demand!! (it was his party so I guess they let him get away with it – ‘where’s MY pear?!’)
They dealt with the small space incredibly well – as I had organised everything without viewing the venue, I had not realised it was so small….kitchen and dining are in the same room…..the photos are really deceiving. Everything was served beautifully, the food was amazing, and they cleaned everything up. Very impressed, and would most certainly recommend them for a unique dining/party experience.
My husband is a foodie, hard to please with high expectations (what was I thinking?!) and he was impressed – mission accomplished.
Shane nailed the brief and executed it brilliantly.
All the guests had a wonderful night, and I’m sure they wouldn’t mind sending in some feedback for you also if you like.
thanks for the memories!! it was perfect.